Thank you Writera Magazine for featuring me and “The UnMatchables”! 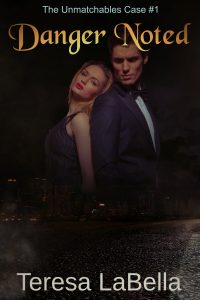 Sounds like this is a passionate and thrilling story, a lot of people will surely be intrigued to read it. Tell us more about it and how you’ve come around writing about this particular theme and its characters.

Three ideas converged to launch The UnMatchables: the 1980s television series “Moonlighting”, a short story contest, and the #MeToo movement. I was inspired by the characters of Maddie and David to write what I intended to be my first cozy mystery about best friends who go into business together as private investigators. The contest I had entered challenged writers to create a story around the image of a woman in a painting. Cherise, the love interest of Kelly and Eddie’s first client, was originally the woman from the painting. Plagued by an obsession for sex, she finds comfort in her music and companionship from her piano and cello until she connects with one of her students and falls in love with his father. Alphonse, the internationally acclaimed conductor, and the clandestine sexual predator is a fictional product of the social movement that called out high profile men who used their prominence to commit sexual abuse and harassment. Suspense took over as the plot and characters developed and the book’s genre switched from cozy mystery to romantic suspense.

Have you written other books aside from this? What are those?

My first one-and-done, cross that off the bucket list novel “Reservations” was published in December 2013 – seven years ago! The contemporary romance love story between an older woman and a younger man expanded to a family saga trilogy that followed Chef Darien McKenna from Manhattan to a small town in central Iowa, my home state. That second book, “Heartland,” published in 2015, was followed by “Belonging,” the Scotland-based love story of Darien’s daughter Marisa, and the novella “Love Unlikely” published along with a collection of short stories in “Tales from Heartland.”

What is your favorite book and why?

Of the books I’ve written, I’d have to say the one I’m working on now is my favorite. I’ve challenged myself to write in yet another genre, a political thriller set in the capital city of Canada, my new home country. I’m having fun layering the richness and depth of the characters within the complexities of the plot.

I’m an avid reader so it would be tough to choose my favorite book written by another author. I’ve re-read “The Outsiders” by S.E. Hinton so many times that the cover is coming off. I read this book for the first time as a seventh-grade English class assignment. The theme of ‘we all want to be accepted for who we are, it’s our social status and societal attitudes that separate us’ is timeless as well as universal.

Tell us about the most interesting part of this story and why?

Danger Noted: The UnMatchables took on a life of its own as I wrote and rewrote it. Kelly and Eddie became the trunk of a tree that sprouted an eclectic cast of characters – from a mistress-of-disguise assassin with a shocking secret vendetta to a hero detective who could become the main character of a future suspense series.

Who is Teresa and what got you hooked on writing?

I’ve known I was a writer since I was eight years old. I’d finished the Trixie Belden series and decided to write my first mystery story! Writing has always been part of my life and career. I’ve been a journalist, marketing and development manager, and administrator for nonprofit organizations, and a consultant for nonprofit boards and staff. Writing fiction has been my full-time job since my Canadian husband and I moved to Nova Scotia in 2019.