Where, oh where is Spring? 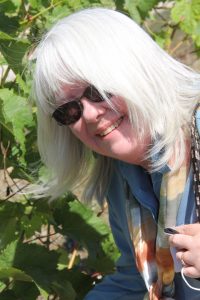 Easter 2021 is a memory and so far, so are warm sunny days like this one snapped last summer in Nova Scotia’s stunning south shore. The crocus has bloomed and faded in my garden. The branches on our half acre are still bare. But the buds showing on the maple tree outside my writer’s space window are just waiting for a nudge from nature to pop open. Here’s my nudge and news for you, dear readers! Capital Strings, my first political thriller set post-pandemic in Canada’s capital city, launches on April 19th. The storytelling journey continues!

The fate of a nation and lives on the line. 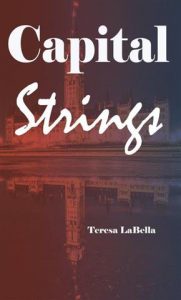 The Prime Minister promised to keep Canadians safe. Everyone who voluntarily rolled up a sleeve got vaccinated against a deadly virus. Reid pledged to ban ownership of assault-style weapons manufactured only to kill people. Done and now law.
The Prime Minister’s amendment to the weapons bill has mobilized more than the official opposition.

Tires on three utility vehicles mulched the red, gold and brown remains of autumn. A spindled canopy of barren trees arched above an unpaved road. Clouds hid whatever warmth the sun tried to provide. Nature held its breath and waited for rain, ice or the season’s first snowfall dependent on the timing of the advancing chill and overhead release on the forest, the lake and the cottage prepared for Canadian winter.

The late model gunmetal grey extended cab pickup disgorged a human bear of a man covered in layers of fleece and wool. Tall and strong with thighs thick as mature pine tree trunks and hands the size of dinner plates. Thick soles on his insulated boots crunched over loose gravel. A key from the ring crowded with others turned in the lock on the door not opened since August. Hinges creaked. The big man brushed the remnants of torn cobwebs from his beard and the brim of his cap and closed the door against the gathering gloom and increasing cold.

Outside, a Jeep wrapped in exterior camouflage and an aging Land Rover bearing the scars of off-road excursions ground to a stop. A middle-aged man with muscles forged and bulked by rigorous cross-fit training got out of the Land Rover and nodded to the woman in the Jeep. She slammed the driver’s side door, zipped up her down jacket, and flipped a long braided ash blonde ponytail over her shoulder onto her back.

The new arrivals crossed into the cottage as flames from the fire set in the wood stove leaped to crackling life. A kerosene lamp at the center of the rough maple wood rectangular table cast shadows on the slatted plank wooden walls. The big man swung his legs over and sat on the bench tucked under the long side of the table. The muscled man and woman with the thick braid followed his lead on the opposite side bench.

“Where is the Ottawa contact?” the muscled man asked.

“He’ll be here.” The big man reached in the pocket of his vest. He offered a cigarette from the pack in his hand. Both refused. A match was struck. The end of the lit cigarette glowed in the dim light of a cottage with boarded up windows.

The crunch of tires on gravel and the rev of a twin-turbo V8 engine announced the presence of the last expected guest. The big man snuffed out the stub of cigarette in a metal bowl that rust had robbed of color. He got up and opened the door for the inches shorter and much thinner man in a black wool topcoat. White ice pellets slid through and melted in the strands of his slicked-back black hair. He entered and stomped his feet to dislodge damp debris stuck to his polished black leather boots.

“Excellent location,” he said to the big man, “although a bit difficult to find even with the GPS.” He strode past his host and stood at the end of the table. “Given the cold and threat of snow, let’s make this brief, shall we.” He slid the case in his hand onto the table and clicked open gold latches with his thumbs. “What is the status of the network?”

The big man grumbled an indecipherable response, tossed kindling on the fire, and returned to his place on the bench. “The network is up,” he said. “We’re ready.”

“How extensive is its reach?” The man in the topcoat nudged black-rimmed glasses with thick corrective lenses up the bridge of his nose.

The muscled man unbuttoned the cuffs of his flannel shirt and shoved the sleeves half way up his forearms and over exposed paramilitary tattoos. “Every provincial capital from B.C. to Ontario and a few towns in between.”

“Four in each location,” replied the woman.

She shook her head. “Only location designations by code.”

“Perfect.” Topcoat man opened the case and handed a single sheet of paper to each of the three at the table. “This is a copy of the proposed amendment to the gun control law that will be read and entered in first reading next week.”

Muscled man’s face flamed red. “What the fuck is this shit?” His fist slammed the table. “I thought banning handguns was gonna be left up to city councils.”

“Are we reading this right?” The woman squinted and frowned at the printed page in her hand. “Sale and ownership of handguns would be illegal in all of Canada?”

“That’s correct.” The contact from the capital of federal government removed the latest edition of The Globe and Mail from his case. The pile of folded newsprint plopped on the table chronicled the news for Sunday the 20th of November in the waning days of 2022. “Reporting in print on parliamentary procedure is more accurate than biased online and broadcast speculation. I brought you what I have. What you and your network choose to do with this information is entirely up to you. I can and will arrange monetary support for your endeavors.” He closed the case and lifted it back into his hands. “Have a good evening.”

The front door opened. A mix of ice pellets and snow skidded and sank into the rough grooves and cracked edges of the floor’s boards. The sound of his vehicle’s engine on the other side of the closed door revved and faded with distance. Fire in the woodstove flared, spit and crackled. The woman picked up the newspaper. Her eyes scanned the copy. “First automatic weapons were banned. Now this.” She dropped the paper back on the table. “We can’t let this happen.”

“So what are we gonna do about it?” muscled man asked.

“Only one thing to do.” Big man stood. “We need a change in government.” He pointed his finger at the face in the photo on the front page above the fold and cocked his thumb in mock firing of a gun.