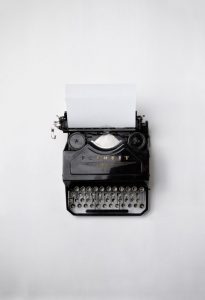 Where do you get your ideas?

Whether at a workshop I lead, an author panel I’m on, or meeting readers one-on-one at a book signing, I almost always get asked that question.

Here’s my short answer: Look around and listen. Ideas are there.

What’s the story behind the shirt worn by the guy in the front row of the workshop classroom? Was it the only clean shirt he had in his closet that morning because he’s working three jobs and hasn’t had time to get to the laundromat? Maybe he doesn’t really like the shirt. But he wore it to please his girlfriend who gave it to him on their first date anniversary. Or perhaps that was the last Christmas gift from his late grandmother, his Nana, who squeezed hot tea from green tea bags into dainty china cups, using fingers calloused by decades of hard work.

What about the young woman who rides the same bus as you do every morning, always sits by the window, and never talks to anyone. Is she alone by choice? Or does fear of engaging others keep her lonely?

Where did that old man on the park bench and the cat in his lap find each other? How long have they been together? Did the elderly gentleman take an empty pet carrier to the animal shelter the Sunday before Thanksgiving, determined to find another companion to fill the void in his life and home after his pal had crossed the Rainbow Bridge? Or did this stray just come along, jump up and settle into the soft folds of a warm coat?

You laughed through tears when your friend described a house she lived in years ago where raccoons pressed paws and noses against the kitchen window and a runaway peacock squawked from its perch on the roof of her garage. Now there’s a story that’s begging to be told!

Writers find story ideas, and characters for them, everywhere. Look around and listen. You will, too.